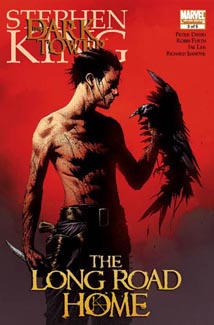 In issue three Alan is about to try and save Roland from Mearlyn’s Grapefruit. He use his power to connect with Roland and is actually successful in doing so. He enters the world of Mearlyn’s Grapefruit and there he finds Roland in the hands of Marten.

Unfortunately he isn’t able to save Roland and instead Bert almost has to face Roland in battle. Still though, it’s Alan that is the big hero in this issue. He is the one that risk it all trying to save Roland and unite his Ka-tet again.

One thing that I have noticed in the second story arc, The Long Road Home, is that Roland’s part in it is smaller then earlier. He hasn’t done much more them getting caught in Mearlyn’s Grapefruit. That however means that means we get to know more about Alan and Bert then we have before, which is nice.

It’s a very smart move to do it this way and let us get familiar with all the characters. My guess is that both Alan and Bert is going to be with us for most of the issues so it makes sense to bring forward Alan and Bert as well and make them as much the main characters as Roland.

Another thing that I like is that we get all kind of references to the books. We get billy-bumblers, the Manni, todash and more. This makes it feel very much in sync with the books and the Dark Tower universe at large.

The history lesson in this issue is probably the best so far. It’s called Welcome to the Dogan, part 3: City of the Dead and continues where part two left of in the previously issue and it’s very intense. In it there is also references from something called Mid-World Dictionary of Occult Terms and while I guess it’s just something fictional I really hope it’s getting published sometime in the future. It sounds like an interesting read. 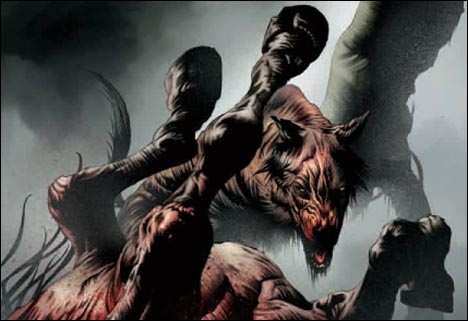 After that we also get to see how the cover was done and a preview of one of the illustrations for next issue.

I haven’t commented anything about the script, the illustrations or the colouring this time and that is only because it’s as good as usual and everything we have come to expect. Jae, Robin, Richard and Peter are spoiling us with their good work so now we expect nothing less then perfection…and so far they haven’t let us down. 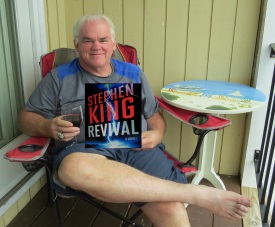