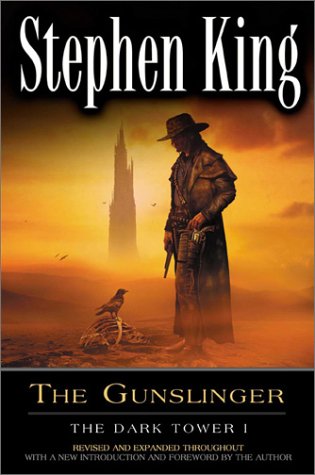 When Wolves of the Calla where announced King also announced that he would re-release the first four installments. And that wasn't enough, King also said he had re-written installment one, The Gunslinger. It's supposed to be about 9000 words longer and almost every page had been changed in some way. This was done to make the book connect more with the rest of the series and also to make it easier to read. Originally The Gunslinger was written as five separate novels (even though they where obviously connected to each other) and therefore the flow of them wasn't 100% when they where put together.

So, what have King done and has he succeeded in making the book easier to read and more in sync with the rest of the series? The answer is yes to both questions.

When it comes to the easiness of reading the book there is a significant difference! Now it feels more like a whole book instead of segments placed within the same covers. The flow of the book is a lot better.

King also uses words and people that he hasn't used before (so early in the story) and this is to give the book a more Dark Tower feel and to connect it to the other books. I suspect that we will get the explanation to words like bolt and bah and also learn more about the Manni people and how to dance the Commala in upcoming books. To give the book the right atmosphere King has also added phrases like "Long days and pleasant nights" and "Thank ya" to the characters vocabulary. 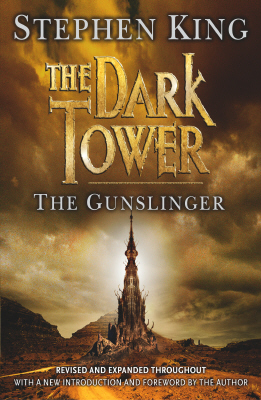 To further connect The Gunslinger with the other installments King mentions a billy-bumbler who before this edition we didn't hear about util later on. King also connects The Gunslinger with Wizard and Glass by putting the piano player in Tull (Sheb) at the scene of Susan's death. We didn't know about her death before until Wizard and Glass before now. Further Sylvia (also from Tull) claims to have the child of the Crimson King. Crimson King didn't enter The Dark Tower universe until later before this edition.

This goes on and on, we get to know that Roland will loose his fingers. Roland gets to know about Eddie, Detta and Jack from the oracle. The same oracle also tells him about his betrayal of Jake before it happens. We learn more about Giliad, how it looked when the Roland left. He tells Jake he "sees" an invisible man hang for rape and that left a girl in a town called King's Town. All in all we get to know more about what's in store for Roland then we did before, all to make The Gunslinger connect more with the other books.

The biggest addition is that King has added the number 19 to the story. I personally believe that it will play a big role in the future books. Here the character Allie from Tull gets a note from the man in black that says she should ask Nort (the man who is brought back to life) about death and all she have to do in mention the number 19. This is just one example…

Other interesting info we get is that Marten and Farson is one and the same, that Roland's parents had chose a wife for him, her name was/is Aileen Ritter. We also get the names of Roland's friends. This we had before but I think/hope we will learn what happens to them later on since we don't know at this point. Therefore it can be a good idea to keep their names fresh. They are Jamie DeCurry, Cuthbert Allgood, Alain Johns and Thomas Whitman.

Even if you have already read the original version of The Gunslinger you will want to read this one. Not only is there a better flow in the book now but you also get more info about a lot of things. So, in other words, get it now and start reading! 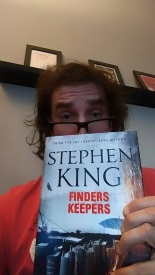