NEWS - CHILDREN OF THE CORN 8

Children Of The Corn - Genesis; a truly bad movie 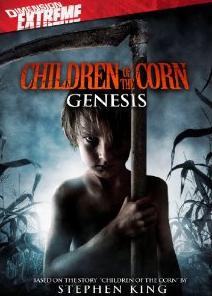 Children Of The Corn - Genesis; a truly bad movie you do not need to see. Read my review here

Dread Central has the first official photos from Children of the Corn: Genesis.

Could Genesis be good?

Children of the Corn - Genesis trailer

Here is the trailer for the upcoming Children of the Corn - Genesis and if the movie is as bad as it looks here I understand why they didn't want to send me a review copy of it...

Joe Harris talks about Children of the Corn 8.

Here is what he said acording to Bloody Disgusting:


"Darkness Falls scribe Joe Harris told us there's little movement on his Children of the Corn sequel, but that he's got some great ideas for it. "I've written the next installment of The Children of the Corn franchise for Dimension, I've also been working on a slew of new horror and comic book-based movie projects that will cause a lot of my friends, fans and even enemies to raise an eyebrow". So what's the idea for "Corn 8"? "Make it scary again. The original concept and story in Stephen King's novella (which really did come across in the first film) is creepy as hell: children killing adults, for the glory of God (such as it is). I think kids are scary. They shouldn't be but they are, to adults. I want to get back to that exhilarating fear of being chased through the cornfields by scythe-wielding children. I want to bring out these children's inner 'Lord of the Flies' and get away from the neo-Amish vibe they give off. My children hunt in packs and pile on once they bring down their prey. They don't stop tabbing, ripping and tearing until you're dead. Then they feed you to the Corn God. This stuff should make you go, "Holy ****ing ****!" It will, if I have my way."


Children 8 will have the spirit of the original

Some new info about Children of the Corn 8 has now been revealed:


The Talented “Tooth Fairy” himself, Harris has been talking on his official site again about the next “Children of the Corn” installment, which he’s attached to. “I'm not able to answer anything specifically just yet, but we're not going to be dredging up the past any more than we have to. COTC: Whatever (it's not named yet and typing the number '8' makes my head hurt) will maintain the spirit of the original film and the Stephen King novella. It will be scary with hardcore thrills and disturbing deaths with elements you'll recognize as signatures of the franchise (chases through cornfields, deaths by sickles, teenage sex, sacrifices and the triumphant return of He Who Walks Behind the Rows included). It will take place in Gatlin and will draw on the history of that town as we know it”, says Harris. “There's a lot of enthusiasm building behind this project. Stay tuned. I wouldn't have it any other way.”

Seems fans of the series want to know whether this new instalment will have anything to do with the previous 7 films. “No one needs to have seen any of the previous movies to know what's going on at all. That's how it should be when you're trying to re-jack the franchise. But if you are familiar with the original movie (and story), you'll probably feel rewarded”.

And when can we expect it? “I'm currently working on the script, getting the second draft into shape. We won't be shooting for a while. I'll keep you posted.”

Joe Harris is involved with the latest movie in the Children of the Corn saga. Here is what he sais on Joe's Movies & Comics Backwash:


"I'm involved with the new Children of the Corn sequel (for Dimension), but I'm keeping the exact details under wraps for a little bit. I've got a lot of new projects up and running since Darkness Falls opened", he says. "I'm going to make a dedicated, valliant attempt [to save the series]". He adds, "Rest assured, the spirit of the first film and the original King story will be there. I want to make scary movies. The kind we don't see anymore."

Thanks to Bloody Disgusting.

Harris and Grady are Children of the Corn

Miramax/Dimension have revealed their plans for Children of the Corn 8. Joe Harris ("Darkness Falls") is involved and Michael Grady is playing executive on.

Time for Children of the Corn 8

Thanks to Anders and Dark Horizons. 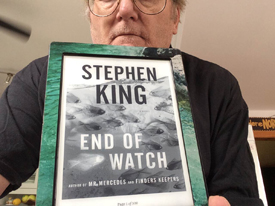