Here are more info about The Gingerbread Girl from Associated Press:


NEW YORK - A new Stephen King thriller will be published in its entirely in the July issue of Esquire. "The Gingerbread Girl," a 21,000-word novella covering 23 pages, will arrive at newsstands Tuesday.

"Over the last year, we've been trying to breathe life back into magazine fiction," Esquire Editor-in-Chief David Granger said Monday in a statement. "The best way to do that is to publish nothing other than event fiction-stories that have something in addition to their literary merit to call attention to themselves."

Esquire has a long history of publishing original fiction, including Truman Capote's "Breakfast at Tiffany's" and Norman Mailer's "An American Dream." King, too, has released works through other media. In 2000, he serialized an original novel, "The Plant," from his Web site.

According to Esquire, "The Gingerbread Girl" tells "the story of Emily, who flees to the secluded Vermillion Key off of Florida's coast after the death of her infant child. Her new neighbor also enjoys the privacy of the key, but the women he brings with him never return home. Emily's curiosity leads her right into the hands of the madman, but it's her legs that are her only hope for survival."

Thanks to willowlove
To the news archive 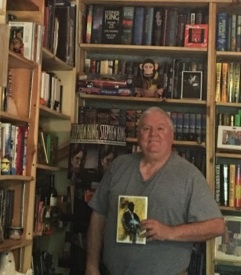