Bloody-Disgusting has some news about the eniding and DVD edition of 1408:


Star Mary McCormack spilled the beans to Bloody-Disgusting that there were two ending shot for 1408, one that spells out a different fate for John Cusack's character Mike Enslin, who finds himself trapped in a haunted hotel room with the clock counting down from 60:00.

Director Mikael Håfström, who tells us is a big fan of Bloody-Disgusting, confirmed the news also adding that the other ending was too much of a "downer". He also tells us that the DVD will contain numerous deleted scenes.

Thanks to SLL
Read all 1408 news
To the news archive 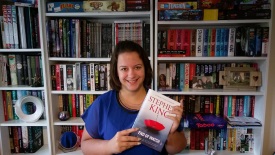