I usually don’t report on rumours until I get it confirmed…and I’m working on getting this one confirmed or denied…but this sounded to big to pass up on. BUT, SEE THIS AS A RUMOUR UNTIL IT’S CONFIRMED:


February 13, 2007 - IGN has exclusively learned that J.J. Abrams is poised to direct The Dark Tower, based on the Stephen King literary series.

Sources advised us that an official announcement is forthcoming. We have been unable to determine whether Dark Tower will be a film project or a TV miniseries, although the latter is a more likely prospect given the complex nature of King's seven-book series. Given Abrams' success on the small screen -- and King's well known love for the Abrams-produced TV series Lost -- the tube seems a better fit for The Dark Tower.

Sources also added that Abrams is indeed only producing Star Trek XI. It was recently reported that Abrams would not direct Trek XI, as many had assumed, but would instead turn his attention to a secret Paramount project titled Cloverfield. Might Cloverfield be a codename for The Dark Tower? Or a completely separate project?

(Interestingly enough, Entertainment Weekly did an interview last year with King, Abrams and his Lost producing partner Damon Lindelof, who reportedly brought a rare first edition of The Gunslinger to the meeting.)

Often described as King's magnum opus, The Dark Tower, as Wikipedia reminds us, "tells the tale of lead character Roland Deschain's quest for the 'Dark Tower.' The Dark Tower is often described in the novels as a real structure, and also as a metaphor. Part of Roland's fictional quest lies in discovering the true nature of the Tower. The series incorporates themes from multiple genres, including fantasy fiction, science fantasy, horror, and western elements."

"In the story, Roland is the last living member of a knightly order known as gunslingers. The world he lives in is quite different from our own, yet it bears striking similarities to it. Politically organized along the lines of a feudal society, it shares technological and social characteristics with the American Old West, as well as bearing magical powers and the relics of a highly advanced, but long vanished, society. Roland's quest is to find the Dark Tower, a fabled building said to either be, or be located at, the nexus of all universes. Roland's world is said to have 'moved on,' and indeed it appears to be coming apart at the seams — mighty nations are being torn apart by war, entire cities and regions vanish from the face of the earth without a trace, time does not flow in an orderly fashion; even the sun sometimes rises in the north and sets in the east. As the series opens, Roland's motives, goals, and even his age are unclear, though later installments shed light on these mysteries."

This news about J.J. Abrams comes on the heels of Marvel's recent launch of the limited comic book series The Dark Tower: The Gunslinger Born 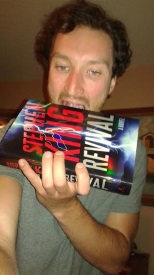