The Gingerbread Girl To Be Filmed

Bloody Disqusting reports that The Gingerbread Girl is the next King story to be filmed.

Stephen King‘s The Gingerbread Girl has been optioned by U.S. production and distribution outfit Brainstorm Media, which plans to distribute the film in North America, reports Deadline out of Cannes.

The good news here is that frequent Stephen King collaborator Craig R. Baxley will direct the film from a screenplay written by both King and Baxley.

“The story focuses on Emily, a woman recovering from a recent loss in a secluded house in the loneliest stretch of New England. She avoids contact with her husband and her father and channels her grief into a grueling daily running regimen. This is doing her all kinds of good, until one day she makes the mistake of looking into the driveway of a man named Pickering. Pickering also enjoys privacy, but the young women he brings to his home suffer the consequences of knowing him. The tension hinges on whether Em will be next.” 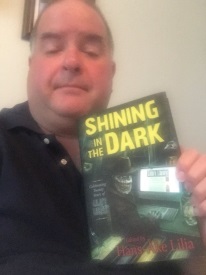