When we first started our conversations, Dennis and Kevin and I really connected around the idea of bringing the story back to the source material, to find a modern telling of the book that really spoke to some of the big scenes and big moments that Stephen King had originally written.

All of that feels so poignant and universal. It’s our desire to really reconnect to those elements of the story and bring them into a world that speaks to the modern horror audience.”

There may be Victor, there may be some Zelda, and there will definitely be some Louis and Rachel and Gage and Ellie. I will say this, if you love the book, you’ll love this movie. (Directors) Dennis and Kevin are both such visionaries in terms of how they’ve approached it, from not only a horror standpoint but also a character standpoint.

What worries me a bit is that he says they are doing a modern version of the story. Makes me think that they have changed it a bit to make it more appealing to today’s moviegoers (i.e. a younger audience). Might just be me but I guess we’ll see on April 19, 2019 when the movie is set to premier.
Add or read comments 0 Comments
Close comments 0 Comments
Read all Pet Sematary news
To the news archive 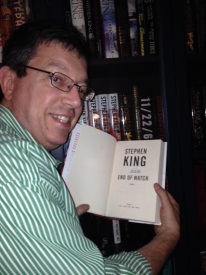