59E59 Theaters has announced its complete fall lineup and included is an opera version of Dolores Claiborne.


Also slated for October will be New York City Opera’s production of Dolores Claireborne, adapted by Tobias Picker with a libretto by J. D. McClatchy. Michael Cpasso will direct, with Pacian Mazzagatti tapped to conduct. A cast will be announced at a later date; performances will run October 22–29. 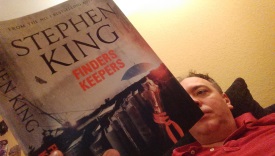