TMZ recently caught up with Finn Wolfhard and asked about the young actor’s experience with filming IT and what fans should expect from the movie released this September:


“It was really intense but it was a lot of fun. We tried to take a lot from the book and hopefully people will like it as much (as the mini-series). It’s so intense because we’re on this set in the middle of nowhere, and you’re getting spit on, and screamed at, and blood is pouring on you.”

Wolfhard also went on to admit that he himself, is actually afraid of clowns. In which case, should bring a fantastic performance from the actor in the movie. 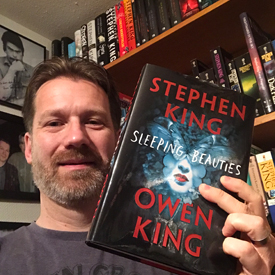