Hearts in Suspension; Not a New King Book

Hearts in Suspension is NOT the title of a new King book. And it's NOT an April Fool's Day Joke. The moderator of King's board cleared it up by giving this answer to what it is:


It's a non-fiction book with essays by Stephen and others about his time as a student at the University of Maine. It's tentatively set for release in October but that's subject to change. 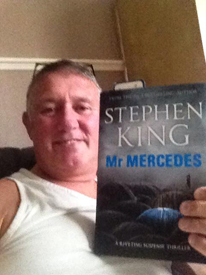