King on Dark Tower Movie: It's Likely to Happen

In an interview with Rolling Stone King talked about The Dark Tower movie. Here are some of the things he said:


"It looks to me like it's more likely than not it'll happen at this point. Let's put it that way."

"I think that it's more likely than not that Idris Elba and Matthew McConaughey will be in it. But I can't say with any certainty. I know that they're trying to make deals with these actors [and] with Sony, and that's the extent of my knowledge."

King also said he want to write about Jericho Hill:

"I'm never done with The Dark Tower. The thing about The Dark Tower is that those books were never edited, so I look at them as first drafts. And by the time I got to the fifth or sixth book, I'm thinking to myself, 'This is really all one novel.' It drives me crazy. The thing is to try to find the time to rewrite them. There's a missing element – a big battle at a place called Jericho Hill. And that whole thing should be written; I've thought about it several times, and I don't know how to get into it."

"I'd have to go back, read all the material before I could get myself in a frame of mind to do that. So, man, I just don't know. I'm a pretty instinctual writer, and I don’t have any game plan. I’m very unprofessional about that part of it; I can strap myself down in a chair and write every day, but the ideas come when they come. Maybe it will come time to write the Jericho Hill thing one day too." 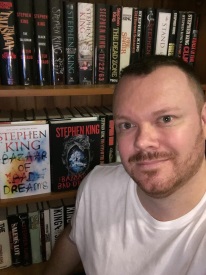