IT Films Next Summer

Here are some news from Bloody Disgusting about the upcoming adaptation of IT:


Andy Muschietti, director and producer of Guillermo del Toro’s Mama, is preparing It, the long-gestured and troubled Stephen King adaptation that would be made as two features.

Shooting is now set to take place next summer, partly to allow for work with children, as they have the main roles in the first part.

Casting is currently underway, with Will Poulter (The Maze Runner, The Chronicles of Narnia: The Voyage of the Dawn Treader) still in the mix for the role of Pennywise, the demonic clown. “Will Poulter would be a great option. For me he is at the top of my list,” Muschietti firmed up. 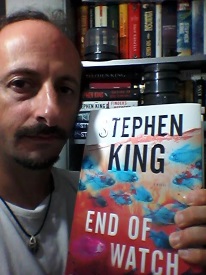