King & Grisham To Appear At Book-Ends 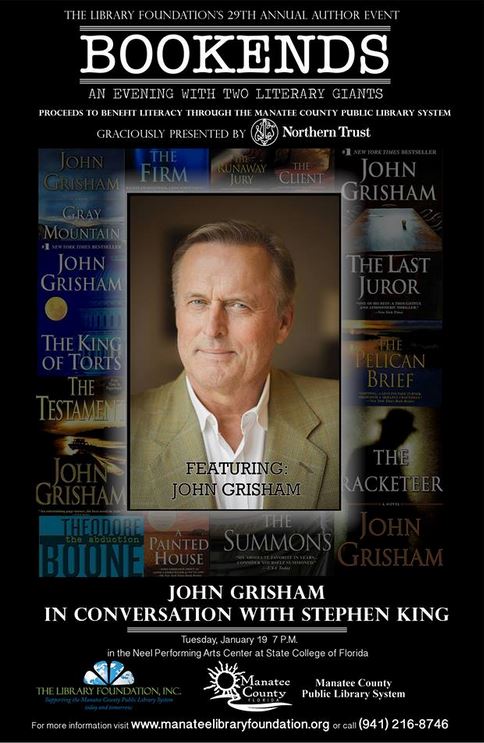 2016 will get off to a great start for fans of best-selling authors John Grisham and Stephen King. The two authors will participate in the Manatee Library Foundation’s fundraiser in January at State College of Florida’s Neal Performing Arts Center.

“This is a huge literary event and we continue to be awestruck it’s happening here,” said Manatee County Library Services Manager Ava Ehde. “We are grateful to these impressive and prolific authors as well as Rep. Boyd, the growing list of sponsors and the Library Foundation for their support of our Manatee Libraries.”

If tickets are still available on Oct. 15, the public may purchase tickets for $150 apiece.

The Foundation will also give away a ticket to the King event to the winner of a Flash Fiction contest challenging amateur writers to submit a 250-word piece of fiction or poetry inspired by a photo posted on the new 805lit.org site. One winner will be announced in January. (If a minor wins the contest, he or she will be awarded two tickets for guardian accompaniment.) 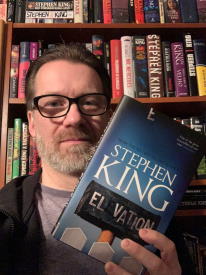