Just spoke to Lloyd Segan and when I asked about Haven being cancelled and according to him it wasn’t cancelled. This was what David Howe (president of the network) and the rest of the team envisioned it all to end over a year ago. I asked him if they did get a chance to do an ending or if the show cancelled after they were done with the season and here is what he answered.


Indeed the show was not canceled. A misfortunate headline. But yes all planned for. 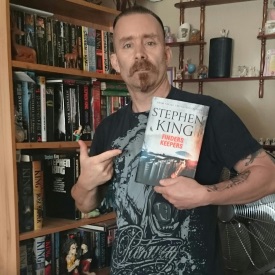