It looks like there will only be 13 more troubled episodes of Haven but on the good side it seems they managed to get a good ending to the show...


The Troubles are coming to an end. Syfy has canceled its long-running supernatural drama “Haven,” which will end its run after the upcoming 13-episode conclusion to its fifth season, TheWrap has learned.

The cable network aired the first 13 episodes of Season 5 in 2014, with the second half set to premiere in October.

Showrunner Gabrielle Stanton told TheWrap that even though the decision came after Season 5 of “Haven” had wrapped, the creative team was prepared for the end.

“I’m sure as a fellow TV fan, there’s nothing more annoying than when a show kind of feels like it might be wrapping up, but they just don’t address it, they don’t come to any kind of satisfying conclusion,” she said. “I always think that’s cheating the audience a little bit, of a nice satisfying ending. So we really looked at these 13 episodes as if… If we were indeed going to end, what would be the best ending we could possibly do for Haven?” 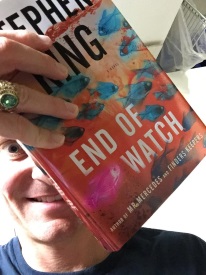