The Collider recently spoke to Josh Boone about The Stand and here are some things he said.


I finished writing the script maybe a month ago. Stephen [King] absolutely loved it. It’s, I think, the first script ever approved by him. [It'll be] a single version movie of The Stand. Three hours. It hews very closely to the novel.

It takes a long time to prep a film like that. Six to eight months. I don’t imagine we would shoot the movie until next Spring at the earliest. And we’re still early in the process. I’m still meeting actors and having budget meetings and all that.

I also spoke to Josh today and he confirmed that the rumor that Matthew McConaughey has been offered the key role of Randall Flagg is incorrect. 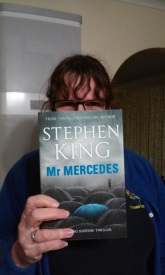