The Things They Left Behind Lands on CBS

Looks like CBS will be the channel who gives us The Things They Left Behind. Personally I had preferred another, more reviewer friendly channel, but this is where it landed.


In a competitive situation, CBS has landed The Things They Left Behind, a supernatural procedural drama based on Stephen King’s short story, from Seth Grahame-Smith, and Greg Berlanti. The project, produced by Warner Bros. TV and Berlanti’s studio-based Berlanti Prods., has received a put pilot from the network, which has had success with another drama adaptation of a work by King, summer series Under The Dome. Written by Grahame-Smith, The Things They Left Behind centers on an unlikely pair of investigators carrying out the unfinished business of the dead. Grahame-Smith and his producing partner David Katzenberg will executive produce through their KatzSmith banner, along with Berlanti Prods.’ Berlanti and Sarah Schechter.

What do you think, will this be something you'll be watching? 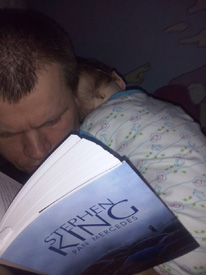