King Got The Idea In Paris

According to the moderator on King's board the news story That Bus Is Another World is the one he talked about when he was in Germany.


I've read it although he'd only titled it "That Bus" at the time. Steve wrote it not long after we got back from Europe as he got the inspiration as we were heading into Paris from the airport. Traffic was heavy and we were stopped next to a bus. He shared with us the idea of something (bad) happening on the bus being witnessed by a person in a vehicle next to it and what they would do about it came to him and voila, a new story! 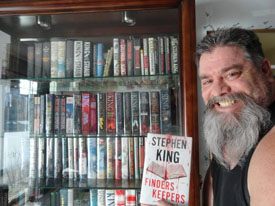