Looks like IT is moving from Warner to New Line. Here is what The Hollywood Reporter wrote about it.


The long road to re-adapt Stephen King's novel It has taken another turn.

Warner Bros. has been developing a big-screen take for five years, and in 2012 it hired Cary Fukunaga to direct two films produced by Roy Lee, Dan Lin, Seth Grahame-Smith and David Katzenberg.

But just as Fukunaga is coming off HBO's True Detective, the project is leaving Warners -- sort of.

In a rare move, It is shifting to the studio's New Line division. Insiders say that as New Line prepares for a June move from West Hollywood to Warners' Burbank lot, the siblings are drawing clearer distinctions about the types of movies they make.

And It is a horror play. The story follows a group of kids called the Losers Club who defeat a creature called It. Years later, the creature returns and the club, now adults, have to band together again even though they have no memory of the first battle.

The plan is for the first movie to tell the kids’ story and the second movie to focus on the adults.

It will be overseen by the division's Walter Hamada and Dave Neustadter, along with Warners vp production Niija Kuykendall, who will also stay involved with the project. 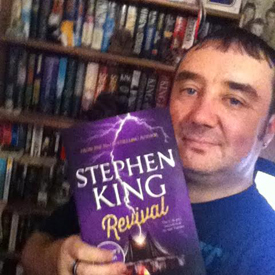