The Shining as a stageplay... Could it work?


You never know if you don’t ask.

The board of the Benson Theater took a chance and asked author Stephen King for rights to adapt his book “The Shining” for the stage as a fundraiser toward purchasing, renovating and reopening the 1923 theater at 6054 Maple St.

A staged version of “The Shining,” directed and co-written by Jason Levering, is slated to run March 21 and 22 at Sokol Auditorium, 2234 S. 13th St. Auditions are at 7 p.m. Thursday and at 10 a.m. Saturday at the Image Arts Building, 2626 Harney St. The cast calls for 11 actors, many playing multiple roles. 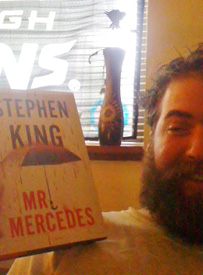