Hodder & Stoughton has announced that they will release Mr. Mercedes.

Following the phenomenal success of DOCTOR SLEEP, a No. 1 international hardback bestseller, Stephen King has written a riveting cat-and-mouse suspense thriller about a retired cop and a couple of unlikely allies who race against time to stop a lone killer intent on blowing up thousands.

Retired homicide detective Bill Hodges is haunted by the few cases he left open, and by one in particular: in the pre-dawn hours, hundreds of desperate unemployed people were lined up for a spot at a job fair in a distressed Midwestern city. Without warning, a lone driver ploughed through the crowd in a stolen Mercedes. Eight people were killed, fifteen wounded. The killer escaped.

Months later, on the other side of the city, Bill Hodges gets a letter in the mail, from a man claiming to be the perpetrator. He taunts Hodges with the notion that he will strike again. Hodges wakes up from his depressed and vacant retirement, hell-bent on preventing that from happening.

Brady Hartfield lives with his alcoholic mother in the house where he was born. And he is indeed preparing to kill again.

Hodges, with a couple of misfit friends, must apprehend the killer in this high-stakes race against time because Brady's next mission, if it succeeds, will kill or maim hundreds, even thousands.

Mr Mercedes is a war between good and evil, from the master of suspense whose insight into the mind of this obsessed, insane killer is chilling and unforgettable.

Editor Philippa Pride says: ‘Once again King shows the range and versatility of his writing as well as the sheer power of his storytelling. We are excited to be publishing a thriller by Stephen King in which he paints a brilliantly insightful portrait of a serial mass-murderer. The result? It is as scary as any supernatural horror story.’ 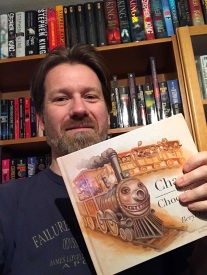