PS Publishing will release anniversary editions of Skeleton Crew and Thinner. Here is the news from Fire Wire:

Stepping up to the plate for artwork chores on Thinner is Les Edwards while multiple Jack Kirby Award-winning comic book artist Stephen R. Bissette is already going hell-for-leather on color spreads for Skeleton Crew plus art-headers for each story.

The publisher is planning on including Pete Von Sholly’s storyboards for Frank Darabont’s movie adaptation of The Mist.

Future updates regarding these two books will include: the details of introductions, afterwords, signatures, etc. 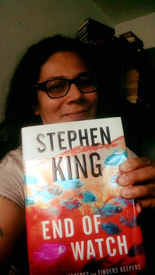