The Edge is back in Haven


Superstar Edge is returning to the show and will appear in multiple episodes of the show’s third season including the premiere, September 21st at 10PM ET/PT.

From the Press Release:
Edge (aka Adam Copeland) will reprise his role of Dwight Hendrickson, a shrewd, longtime Haven resident and “troubled” handyman who can truly handle anything, and often does, as the town’s “cleaner.” A close ally of Nathan’s (Lucas Bryant), Dwight helps to cover up all of the town’s supernatural goings on and to keep Haven’s secrets hidden.

Season Three of "Haven" picks up immediately following the events of the gripping Season Two finale with Audrey (Emily Rose) having been brutally kidnapped, Nathan warned against pursuing a romantic relationship with Audrey, and Duke (Eric Balfour) seemingly engaged in a fight to the death with Nathan after he discovers his family lineage is to kill Haven citizens with troubles.

"Haven", based on the novella The Colorado Kid from renowned author Stephen King, follows former FBI agent Audrey Parker, who becomes a cop in the small town of Haven, Maine, and soon discovers the town’s many secrets, which also hold the key to unlocking the mysteries of her lost past. 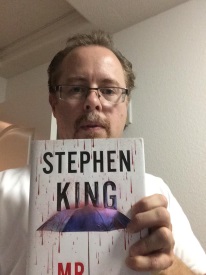