All of you that want a signed King book...

OK, attention all of you that’s interested in getting a signed book by Stephen King and or Robert Kirkman (creator of The Walking Dead). Most of you know that I’m alreadt running a contest in which you can win a signed copy of Wolves of the Calla by King and a very limited paperweight, right? Well, today two things happened. 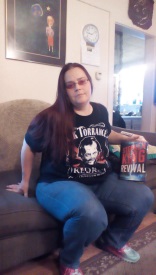