In the Tall Grass

Esquire has announced it is to publish a new story collaboration by Joe Hill and Stephen as part of its launch of an e-book series called "Fiction for Men." "In the Tall Grass" will be published in two parts, the first to appear in the June/July issue and the conclusion in the August issue. The works will be available only in the print and iPad editions of the magazine. 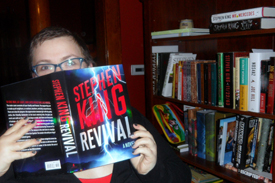