Shock till you drop reports that the remake of Carrie is set for a March 15, 2013 release:


It was revealed late last month that Chloe Moretz will be playing the title role in Kim Peirce's upcoming remake of the Stephen King novel, Carrie. The project, from director Kimberly Peirce (Boys Don't Cry, Stop-Loss) is now set for release on March 15, 2013.

The new version of Carrie, to be scripted by Roberto Aguirre-Sacasa, is said to be less a remake of the De Palma film and more a re-adaptation of the original text. 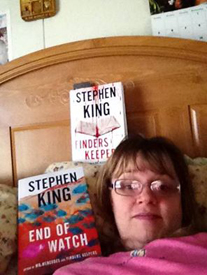