Read Wind Through the Keyhole early 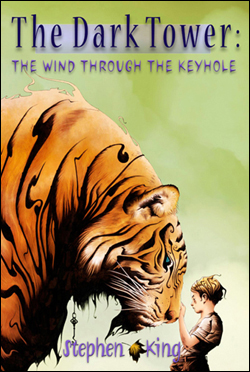 How would you like to read Wind Through the Keyhole in February? As you know both Scribner and Hodder & Stoughton’s editions of the book is set to be released on April 24th. Well, I don’t know about you but I’d love the chance to read the book before that. And one of you will be able to do that. On February 29th I will draw one lucky winner that will get an artist edition from Donald M. Grant. This edition is produced in 5,000 copies and signed by Jae Lee and issued in a stamped slipcase (retail price is $75.00). And, remember that as far as we know today Grant’s edition is the only edition that has both the color and black & white illustrations.

Well, what do you have to do to get the chance to win this beautiful book then? It’s easy, there are two steps you have to complete.

Retweet this for a chance to win a copy of Grant’s Wind Through the Keyhole. Follow @LiljasLibrary to be eligible http://www.liljas-library.com/article.php?id=2917

Then on February 25th I will make a random drawing deciding if the winner will be drawn from facebook or twitter (FAITH SELECTED FACEBOOK) and by doing this 4 days before the winner is drawn give those of you that has backed the wrong horse, so to speak, a chance to work on the other one. Then on February 29th I’ll draw one lucky winner that will then get his or her book in the mail and being able to read it about 1½ month ahead of everyone who’s getting the trade edition.

The contest is open to anyone anywhere as long as you follow the guidelines above. Thanks to Donald M. Grant who donated the book! Good Luck to you all! 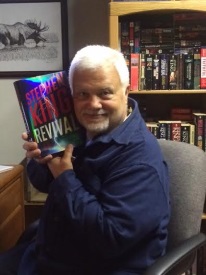