Dolores Claiborne heading for the Opera

Mercury News reports that Dolores Claiborne is being turned into an opera for 2013.


If that last one were not enough to set the jaws dropping, the trippy, ripped-from-the-lit programming will continue into the following season, when a production of Stephen King's "Dolores Claiborne," starring power mezzo-soprano Dolora Zajick, will have its world premiere.

These rather dramatic choices came to light Tuesday when David Gockley, the opera's general director, announced plans for his seventh season in the post, one that encompasses nine operas and a total of 73 performances from September through early July of 2013.

And projecting further still into the next new season, mezzo-soprano Zajick, Gockley said, is tailor-made for "Dolores Claiborne," the role that earned Kathy Bates an Oscar nomination for the 1995 film made from the Stephen King thriller.

"It's a movie of heavy passions and tragedy and survival, and we thought it had operatic qualities," Gockley said "And doing it for the indomitable Dolora Zajick made sense." 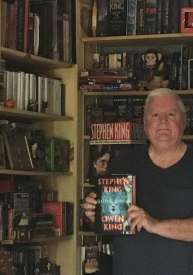