The Walking Dead season 3...and 2 news

AMC has announced that season 3 of The Walking Dead will have 13 episodes.

And, while we wait for that. Here are the key takeaways from the AMC drama’s Saturday afternoon session at the Television Critics Association winter press tour.

1 AMC screened for reporters a key scene from the midseason premiere that showed Rick giving an inebriated Hershel a pep talk when suddenly they’re interrupted by [SPOILER]!

2 Young Sophia’s death will strain Carol’s deepening bond with Daryl. “It really affects their relationship,” previews exec producer Glen Mazzara, “and forces Carol to really stand on her own.”

3 Despite chatter that the walkers appear to be moving faster this season, producers insisted that no conscious decision was made to speed them up. ”Some actors playing zombies make that choice,” said Mazzara. “They’re not getting faster on our end.”

4 Robert Kirkman would neither confirm nor deny that the pivotal comic book character of Michonne will turn up this season.

5 The escalating Shane/Rick rivalry “puts everybody else in a difficult position on that farm,” said Mazzara.

6 Mazzara said that, in keeping with the graphic-novel source material, there remain no plans to establish what caused the zombie outbreak: “This story is about our characters.”

7 Regarding the widely-circulated alterna-plan for Season 2 pitched by Frank Darabont before he and the show parted ways — one that, in flashback to the dawn of the outbreak, followed a band of Army rangers through Atlanta and ultimately planted that dead, grenade-clutching solider in the Season 1 tank — Mazzara confirmed that “that story was discussed internally,” but added, “It was under Frank’s stewardship that we moved off of that storyline. Frank moved off of that storyline.” 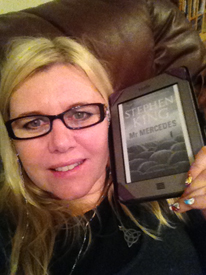