What King gave his grandsons for Christmas

From this New York Times article apparently posted 12/16/11 but not published in print until 12/25:


But the coolest gift book this year may be the one Stephen King (at No. 1 on the hardcover fiction list with “11/22/63”) found for his grandsons. “I got them an omnibus edition of DC Comics’s ‘New 52,’ ” he said in an e-mail, “which contains each renumbered ‘first issue’ of the entire reimagined DC ‘universe.’ That would be Superman, Batman, Wonder Woman et al. There are also minority and gay superheroes in the mix. . . . When I saw it, I kind of wanted it for myself. The thing doesn’t weigh 52 pounds, but almost!” 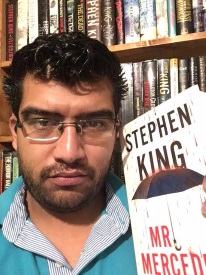