Some of the roles in The Ghost Brothers of Darkland County has been casted. 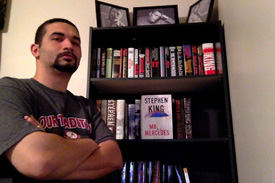