Here are some info about season 2 of Haven:

Balfour talked with Collider about HAVEN, whose second season starts airing on Syfy July 15. “One of the most fun things that people are going to get to see in season two with Duke is the emergence of a love interest, in several different amalgamations,” Balfour reveals “I’m excited about that, and getting to see Duke not quite as confident as always. There’s a character who comes in this season that really pushes Duke’s buttons, and that’s not something you got to see a lot of last year.

“Mostly, what we’re excited about is just improving on what we did last year. We learned a lot from season one. It’s always a balance between what the network and the studio requires, and what we want to do creatively, and everyone has very valid points for what they need, but every season that you do something, you learn a little more about it. Although each season is unique and there’s always a different dynamic to the crew, the writing room and the actors, you still learn a lot from what you’ve already done. You learn what works and what doesn’t, and you can carry that into the next season.

“That’s the thing I’m hopeful for, for this season, but you never know. I’m only an actor on this show, so there’s only so much influence I can have. I try to offer my advice or insight, if they’re open to it, but at the end of the day, you can only say so much. I’m just hopeful that the second season improves on what we did in the first season, but you never really know until it’s all said and done, and on the screen. I really do love the character. I love the way that the writers write him, and the freedom that they give me to bring myself to the character. He’s a ton of fun to play.” 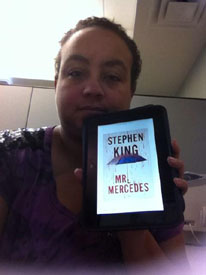