A new Pet Sematary in the making

New life for the remake of Pet Sematary:


Stephen King’s Pet Sematary Movie To Be Resuscitated
Matthew Greenberg, who wrote the Stephen King adaptation “1408,” is heading back to King territory with “Pet Sematary.”

Lorenzo di Bonaventura recently boarded as producer on the long-gestating project, which is set up at Paramount. Steven Schneider also is producing.

Published in 1983, King’s creepy tale centered on a family that trades the city life for the country life in Maine, then discovers that they have moved near a pet cemetery that rests on an ancient burial ground. When the husband’s toddler son is killed in an auto accident, the father takes the boy’s body to the cemetery, where it is resurrected in demonic form.

Paramount brought the book to life in 1989, with a feature version adapted by King that starred Dale Midkiff, Denise Crosby and Fred Gwynne.

Thanks to Anders Jakobson, Larry Fire and Al Mattice
Read all Pet Sematary news
To the news archive 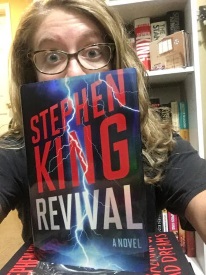