There will be a new Dark Tower novel!


King stated he will write another Dark Tower novel. It will center around supporting characters and revolve around some important events between Wizard and Glass and Wolves of the Calla.

Mark hidden text below for SPOILER.


One fan asked him to make sure Oy comes back, and King said not to worry, that Oy would return.-- 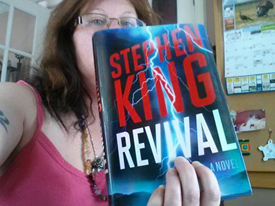