King NOT involved in Haven

Yesterday quite a few articles on the net indicated that King was personally involved with the production of Haven but now it's clear that he is NOT. This was posted on the official message board:


Steve hadn't mentioned this project to me so it came out of the blue when I saw the Google alert. I emailed Steve to find out what the deal was and this is his response which he gave me permission to post:

"I'm not personally involved, and the concept is much more X-Files than it is The Colorado Kid. I okayed the pilot script, which is good (or was, as of the last draft), but there's no possessory credit, as in "Stephen King's The Colorado Kid," and that should tell you something. Basically, they're doing their own thing, and given the less than lyrical reader and critical reaction to the story as published in Hardcase Crime, that's okay with me." 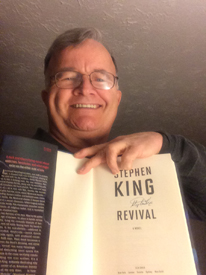