Stephen King won two Bram Stoker Awards for the 2008 publishing year at the Horror Writers Association's Stoker Awards Banquet held in Burbank, California on Saturday. Just After Sunset won Superior Achievement in a Collection; and Duma Key won Superior Achievement in a Novel. Mick Garris accepted the Awards for King and read King's acceptances, which were notable for his praise of Guests of Honor Richard Matheson and Richard Christian Matheson. 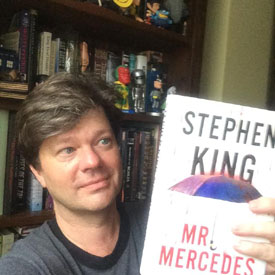