This info about upcoming signings to promote Under the Dome was released on King's message board a few hours ago.


I just checked with Scribner to see if I could at least post the cities and got the okay. We're still working on the details of dates and venues but should be able to get that to you in the next couple of months. This is also the most likely order for the events. 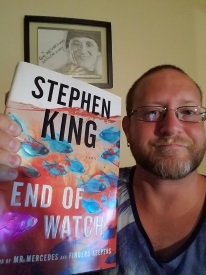