After two years of trying, CU-Boulder film student Luke Cheney got permission from Stephen King himself to make a student film of King's short story "In the Death Room." It involves a New York Times reporter being interrogated by Spanish intelligence officers. Cheney's shooting it Nov. 15 and 16 in Boulder and a Denver studio.

Thanks to Rocky Wook 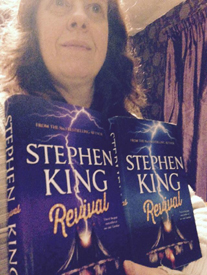