Children of the Corn again

It seems there is a remake of Children of the Corn in the making...


Some weird, weird, weird news came in this morning that caught me a little off guard. What we received was word that a remake of Children of the Corn is gearing up for production this August in Eastern Central Iowa - and Dimension Films is not involved. Inside you'll find out who is writing, directing and also check out an early shooting synopsis!

Update: The remake is being produced by Anchor Bay Entertainment for a Sci-Fi Channel premiere.

Here's the shocker, Bloody-Disgusting learned that Donald P. Borchers - producer of the original 1984 film - is directing the latest incarnation if CHILDREN OF THE CORN from his own screenplay!

His previous directing credits include Perfect Fit (1999) and Grave Secrets (1989). He also associate produced The Beastmaster (1984).

The film is currently casting with the following synopsis making the rounds: Former Vietnam vet BURT's marriage to former prom queen VICKY is on the rocks, but Burt hopes to rekindle their old flame with a second honeymoon driving trip. Unfortunately, their journey takes them into the heart of darkness - a seemingly deserted rural community that conceals a grim secret among its rows of tall corn...

It was also revealed that this will be a period piece set in the 1970s. 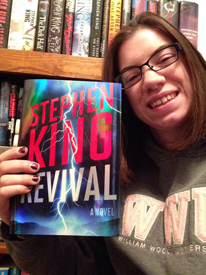