Here are more info about Under the Dome:


According to King at his reading on Book TV on C-SPAN 2 (taped back on the same day as the 3 Kings event), the long novel he's working on is... Under the Dome!

He said something along the lines of "I tried to write this 25 years ago...The idea stuck with me..." He again called it a very long novel. He then read the first few pages, about a woman getting a flying lesson and an old woodchuck walking along a road. The reading will be aired again on Saturday, May 17, at 8:00 AM if anyone is interested.

Here is what Rocky Wood wrote in SKUU about this manuscript:

The Cannibals is a novel of about 450 pages, rewritten in July to December 1981. Douglas Winter quotes King as saying that after writing It: "I worked on a book called The Cannibals ­ I had started it five years before, but it was called Under the Dome then. It didn' get finished either time."

The revision was written during the filming of Creepshow: I've gotten about four-hundred-and-fifty pages done and it is all about these people who are trapped in an apartment building. Worst thing I could think of. And I thought, wouldn't it be funny if they all ended up eating each other? It's very, very bizarre because it's all on one note. And who knows whether it will be published or not.' 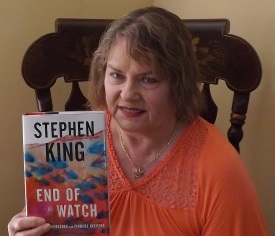