In my interview with King earlier this year he talked about “a really long book” and this Sunday during the CSPAN2 airing of Writing Discussion with Stephen, Tabitha, and Owen King he revealed more about it.


In 1983, Stephen King began a book first titled “The Cannibals” which was also known as “Under the Dome”. This book remained unpublished and unfinished. According to Stephen King who appeared on CSPAN2 this evening on the program, “A writing Discussion with Stephen, Tabitha, and Owen King”, the book has come back to life. He read an excerpt from what promises to be a very long novel entitled “Under the Dome”. No publishing date was discussed. It looks like Stephen King is digging into his trunk of long abandoned novels and updating them like he did with Blaze. The short passage that King read dealt with the unexpected death of a small plane pilot and student. In recent interviews, Stephen King has mentioned that he is working on a very long book set in Maine. Stay posted for more updates… 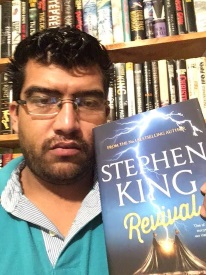