The first contest in The Dark Tower Comic Week is now over. Here are the right answers:

Question: How many covers for The Dark Tower comic has Joe Quesada done?
Answer: He has done two. He did variant cover for issue #1 but also the one for issue #1’s second printing.

Question: How many story arcs has Marvel announced for The Dark Tower comic so far?
Answer: The number or story arcs is 5 and the total number of issues in those arcs are 30

Question: Who was it that said no to doing two versions of the comic, one as it is today and one with Jae Lee’s sketches uncolorized?
Answer: It was Jae Lee himself after seeing Richard Isanove's coloring

And the two winners of a set of issue 1-3 are:
Tom Twinem from the US
Bob Ireland from the US

And the three winners of a random selected variation cover are:
Gabriel Vaianella from Argentina
Spencer Chestnutt from the US
Khoi Tran from the US

Congratulations! Don’t forget though that The Dark Tower Comic Week is only halfway. As of right now there is a second contest up and running. Don’t forget to enter that one, and yes, you can enter that one if you entered or won in the first contest. 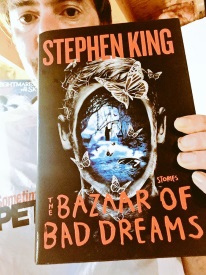