Roth talks about Cell with MTV:


MTV: What's the latest on your adaptation of Stephen King's "Cell"?

Roth: The latest with "Cell" is that the script is not finished. I've realized that I can't multitask in the writing department; I can only kind of do one thing at a time. So right now I'm working on [a guest-director episode of] "Heroes," and then I'll work on "Trailer Trash," and then we'll see about "Cell" after that. 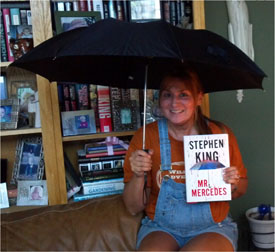