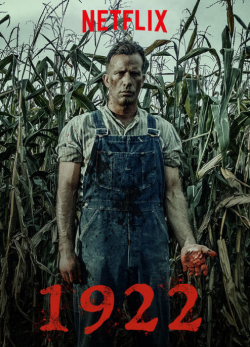 1922 is based on King’s story with the same name and tells the story about how Wilfred James is struggling to keep his farm going. His son Henry helps him but his wife Arlette really doesn’t want to be there. She wants to sell the land she inherited from her father and the land Wilfred owns and move into the city and open a store where she could sell clothes. And when she threatens divorce, Wilfred starts planning how he and Henry could keep the farm and be rid of Arlette.

I like 1922 and the film follows King’s story rather well. One thing that I don’t like though is Wilfred’s accent. It’s not that it doesn’t sound genuine but it’s too thick. Sometimes I can’t even hear what he says. The fact that Thomas Jane, who plays Wilfred, talks with his teeth clenched doesn’t make it easier. And besides that, how come no one else (not Arlette, not Henry, not any one of the others) have the same accent. From what I can understand they are all from the same area and they should all have an accent. Seems strange and not that believable.

But besides that, it’s a good movie and Netflix has one more good King adaptation on their list now. Hopefully this will open up even more being done in the future. 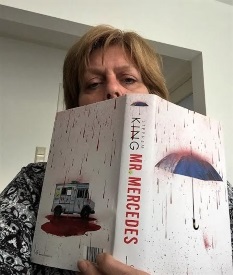