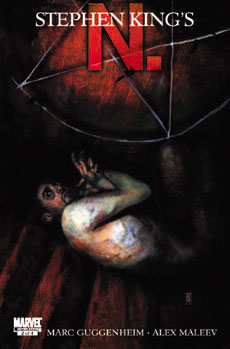 Issue #2 of N. is here and as you might remember from my review of issue #1 I said it felt like it had been expanded and after reading issue #2 there are no doubt. The story has been expanded and now includes a sub story about the previous caretaker of Ackerman’s Field. It also, and this is also without going back to double check with the animated version, feels like stuff that was in the animated has been cut from this comic version. But it could be that scenes have been moved around or it just could be my memory playing games with me…

Anyhow, this comic version of N. feels a little different from the animated version. It feels more complete though so it’s a good difference. Had this one been released prior to the animated version that one would probably have felt like it was missing something. Anyhow, we get a little background story that gives us a feeling as to how long this thing has been going on. And we also get a feeling that it will go on for a long time to come. And we definatley find out that others has been marked by it before patient N, or Nathan as his name is.

The illustrations are just like they are in the animated version and I like it. They are a bit rougher then what I’m used to but like I said, I like it. Both Marc Guggenheim and Alex Maleev has done a great job with this comic and keep in mind that this is an original and that they don’t have an original to draw from.

As a bonus we get a lot of sketches from the issue and here we are really getting sketches. Some of them are very simple while some are quite advanced. Either way they give us an insight to the creativity that went into this issue.

With this issue we’re half way through the story and it looks very good. I expected this to be very much a paper version of the animated version but what we get is an expanded version. 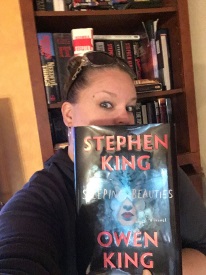