Pet Sematary Coming Back To Life?

Deadline reports that Dennis Widmyer and Kevin Kolsch will bring Pet Sematary back to life.


Paramount Pictures has found the filmmakers who’ll bring back to life Pet Sematary, a new version of the Stephen King bestselling novel that was first brought to the screen in a creepy 1989 movie directed by Mary Lambert. Several filmmakers tried for the job, but Paramount is making a deal with Dennis Widmyer and Kevin Kolsch, the team that directed the 2014 thriller Starry Eyes. The duo wrote and directed that film, and they are taking the reins for the tragic saga of the Creed family.

Script is y Jeff Buhler and the film is being produced by Lorenzo di Bonaventura, Mark Vahradian and Steven Schneider, with Alexandra Loewy exec producing. 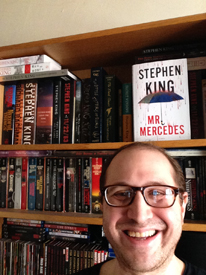