Josh Boone On The Stand

Josh Boone just posted this on King's board.


Hi, Josh Boone here. I happened to come across this and wanted to say that I never wrote a draft of The Stand with anything but the ending from the book. You are referring to a draft that preceded me, which I actively worked to ensure never got made because it was in no way an adaptation of the book, just fan fiction. I am still working on The Stand and will be making it next as soon as New Mutants opens in April as a limited series. I've been working on it for four years and I promise you it will be a faithful adaptation of the book with an incredible cast. 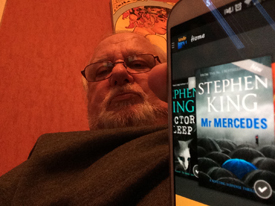