Dolan's Cadillac to be a movie?

Here is an article that was in the Hartford Courant.


You know all those stories about name talent in Hollywood being booked and double-booked into pre-strike movies - and how there are almost no stars of marquee value left with free space on their schedules? Well, now we can tell you that even boxoffice-challenged Sylvester Stallone is hurrying into a pre-strike project - and a promising one at that.

It's Dolan's Cadillac, a Stephen King story in which Stallone will play a Las Vegas kingpin who thinks he's gotten away with murder, though the spouse of the victim has big revenge plans.

The Cruise-Wagner project (as in Tom Cruise and Paula Wagner) is scheduled to start the last week of April in Mexico. That's last minute for production and post-production, considering the strike could start June 30th. 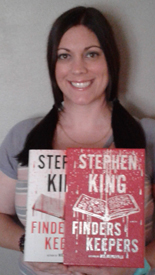