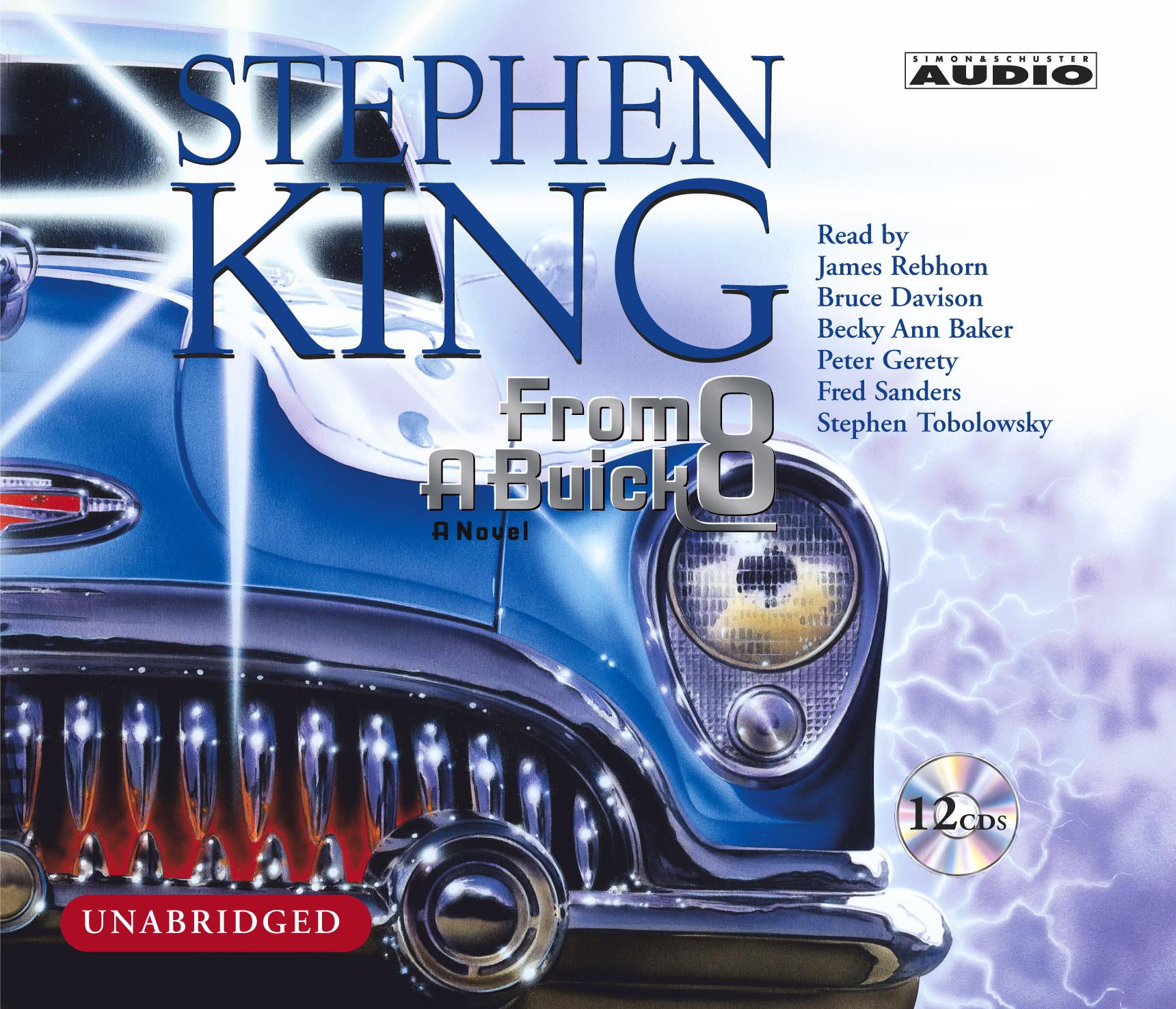 I have just finished the audio version of From a Buick 8 and I'm really happy I did! Some years ago I really didn't like audio books, that much. I thought that you had to read the book yourself too fully appreciate it. Was I wrong or was I wrong? When I listened to From a Buick 8 I had read the book about a month before so I had it fresh in my mind. I could really compare the two versions and the impression I had of the story afterwards.

When I first heard that six persons would chare the task of reading From a Buick 8 I though it would be a dramatization witch are really hard to make successful. There have been some good but they are really hard to make work, especially with such a long book as From a Buick 8. Then when I heard that it would be a "regular" audio book but with different narrator for different characters I was real anxious to hear the finished result. I wasn't disappointed.

All the readers do a great job but my favorite is Becky Ann Baker as Shirley. You may remember Becky fromStorm of the Century where she plays Ursula Godsoe and she will also be reading That Feeling, You Can Only Say What It Is In French on the second audio collection from Everything's Eventual, The Man in the Black Suit so if you, like me like her, we have a lot to look forward to.

Her interpretation of Shirley gives the character a depth that it didn't have when I read the book myself. I especially like her comments on men. They are hilarious!

Another voice that is interesting is Stephen Tobolowsky as Arky. Unfortunately the two Stephen's (King and Tobolowsky) doesn't know how a Swedish accent sounds. You see Arky (who is often referred to as "That dumb Swede") is supposed to be a Swedish descendant and have a big Swedish accent. Now, I am Swedish and I have never heard anyone here speak English with such an accent. It could be that this is the accent a Swede gets after living in the US for a long time but I'm still skeptic though. This however has nothing to do with the story itself and is probably only interesting to people in Sweden hearing From a Buick 8 but I felt I wanted to mention it here. After all, I am a Swede… Oh, there is one time when they get it right. At the end (I think it's on disk 11) he says Jesus and that sound exactly as Swedish!

Besides reading the role as Arky Tobolowsky also read the role of Huddie and does it very well. If you don't know it you won't realize that it's the same man reading both roles. He really does a great job!

The narrator of the story (whom actually does a better job then Tobolowsky talking Swedish) is James Rebhorn. He has one of the most suited voices for reading audio books I have ever heard. It's like he was born to do it. Unfortunately it gets a bit frustrating in the beginning. You see Rebhorn is the narrator and in the beginning most of the things is told in Sandy's perspective. This making is sound like its Rebhorn reads the role of Sandy. Then when Bruce Davison (who reads the part of Sandy) comes along it's a bit confusing to know who is who. This all straitens out as the story moves along though but at first it can be a bit confusing.

Another thing I want to make you aware of is when Rebhorn (in the firs half of the book) reads the voice of Bibi. I really liked that. It was a great interpretation of the character. Just as I imagined him when I read the book.

If you miss this audio you are doing a big mistake! As I said in the beginning of this review I wasn't a big fan of audio books at first but after hearing quite a few of King's books on audio I have changed my mind. I might not have come as far as replacing the real book with the audio but I feel the audio is a really great compliment to the book. Especially From a Buick 8 who is a really good example on how a good audio book should be!

So, what are you waiting for? Run out and get the audio edition of From a Buick 8 NOW!!! 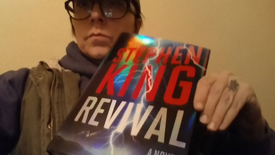